T.S. Eliot would be pleased, we think, as the Marschallin-cat, does in fact have three different names, always assuming you count the one the cat keeps to itself, which we do.

We don’t usually write about Miss Marschallin -except to mention her elliptically -but we thought, what with it being International Cat Day we owed her a proper mention on the blog, and an explanation of her name while we were about it. This because whenever anyone meets her they look at us confusedly and say, ‘how do we say it? Why is she called that?’

In the first instance it was Iris. Iris because the Lothian Cat Rescue found her wandering the botanic gardens. We like irises too, we call them Trinity Flowers and love their colours, but it wasn’t this cat’s name. It wasn’t grand enough.

We were once told by a friend though that we were destined to raise a clowder of Latin-speaking, opera-singing cats that ran the world. And why not, we thought? Well perhaps not running the world, and if it comes to the point, don’t most cats do that anyway? But we liked the idea of a cat named after an opera. Not Tosca though. We understand why she has her own book, and all that, but she also flings herself off a tower to certain doom. We were sort of hoping for an opera with a heroine who lived, and those come at a bit of a premium.

It would have been about this time we stumbled across Der Rosenkavalier, and the Marschallin won us over completely. She might break our hearts, but she’s also that rarity in a lyric soprano role, a woman who doesn’t die. Field Marschallin Marie-Therese is a bit of a mouthful though, so the Marschallin-cat is only that one paper. To us, courtesy of a line of translation by the Met Opera –they used to call me little Resi – she is Resi. She might be the proudest creature in christendom, but as we happen to feed her, we reckon we can take a liberty or two.

That is how she became Resi, the Marschallin-cat. These do suit her; proud, regal, and with devastatingly plaintive meow, we couldn’t have called her anything else. She’s not as self-sacrificial as her namesake, but really, who ever heard of a self-sacrificial cat? Besides, whatever she is or isn’t, she’s incontestably  a soprano -like us- and accordingly has a taste for dramatics, high notes and the determined assumption that the world revolves around her. Which is why she refuses to believe today is International Cat Day. According to her Imperiousness the Marschallin-cat, every day is International Cat Day, world without end, amen. 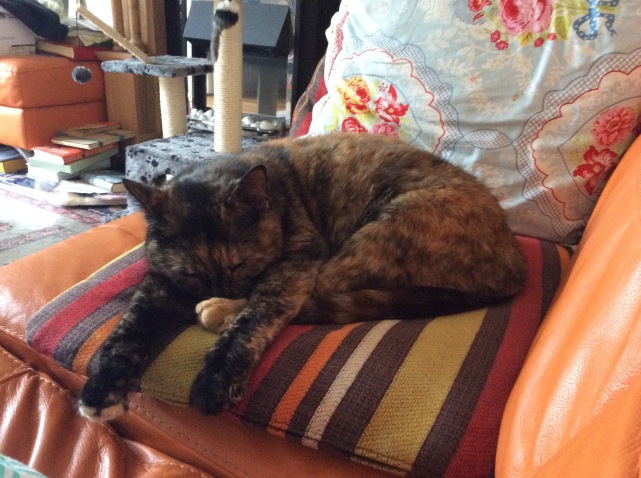 One thought on “The Naming of Cats”