This week has seen the media full of articles, even podcasts on Jane Austen as the world acknowledges the bicentenary of her death. Accordingly we were sent an article about charting data points in her novels by someone who knows us well. If we’re understanding it right, the writer and her collaborator took a sample of popular vocabulary of the time and then somehow charted its usage in Austen. The conclusion was that Austen focuses on the mundane and ordinary in life, instead of on, and here we quote, ‘Big dramatic things; war, elopement, murder, highwaymen, kidnapping, ghosts, gambling, shipwrecks, pirates.’

Now, we tend to think that any reader worth their salt would have reached the mundane and ordinary conclusion on their own time. It’s that more than anything else that causes scholars to compare Austen and Pym, but that’s a different essay.

About those big dramatic things though. We’re going to gracefully sidestep the issue of war. It’s tacitly in the background of both Mansfield Park and Persuasion, but that’s sort of the writer’s point. We’ll even grant the point about murders, highwaymen, kidnapping, etc. Forget Harriet and the roadside gypsies, Mr. Elton in that carriage bound for Hartfield. Elopement though? Either we’re reading a very different Austen or something about the data sample fundamentally misunderstood Jane Austen. 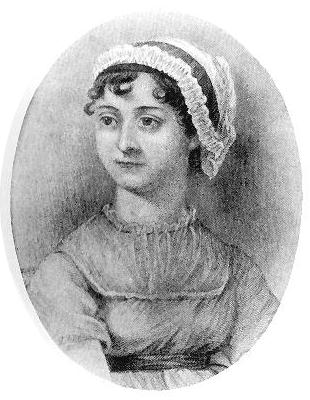 The famous example is, of course, Lydia Bennet, who runs off with Wickham. But she’s far from the only one. Even within the bounds of Pride and Prejudice she is preceded by Georgiana Darcy, whose elopement with Wickham only falls short because Darcy gets wind of the plan in time.

Similarly in Sense and Sensibility Colonel Brandon’s ward Eliza attempts an elopement, and while that doesn’t succeed either, she does become pregnant. Lucy Steele, on the other hand, avoids pregnancy but does run off with Robert Ferrars, thus throwing the Dashwood household (both of them) into emotional chaos prior to Edward Ferrars’s arrival at Barton Cottage in time to set everything right.

In Mansfield Park not only does Maria Rushworth elope with Henry Crawford, she’s committing adultery in the process. Readers will recall she was Maria Bertram in her first iteration.

And we would be remiss if we forgot Isabella Thorpe, whose marriage to the elder Tilney brother almost certainly counts as elopement by General Tilney’s standards. In fact, she’s something of a precursor to Miss Bertram, since at the time of the marriage she’s meant to be engaged to James Morland.

Now linguistically it seems unlikely that any of these examples would be caught by the data set in use because Austen’s prose while beautifully balanced is not always explicit. As one scholar memorably said, ‘a duel isn’t a duel…and many readers miss the fact of Fanny Price’s pregnancy at the end of Mansfield Park.’ We’re paraphrasing, but simply put, Austen hardly ever calls a thing by its rightful name. Colonel Brandon and Willoughby don’t duel, they ‘me[et] by appointment, [Willoughby] to defend, [Brandon] to punish his conduct.’ And while Austen doesn’t write a kidnapping in the sense the writer means, she does have the Thorpes abduct Catherine in their carriage. Later, Anne Eliot is reluctantly escorted back to Upper Cross by the Crofts, not forgetting Mr. Elton’s holding Emma hostage in that carriage. In all of these scenes, the heroine is reluctantly coerced, and every one of them feels transgressive in its way.

Austen’s great skill isn’t that she neglects worldly affairs for the drawing room, but that she brings them into it. She domesticizes the Gothic with laundry lists, makes violent the fashionable barouche, and turns ha-has –great stalwart of pastoral artwork that they are – into signs of impending ruin.

Does Austen call an elopement an elopement? Probably not. Do they feature? Certainly. It’s all there, if one only goes looking. It turns out though that it might take the more mundane, human eye to spot  –and what could be more Austen-esque than that?

*For those of you with a wish to read the article in question, this is it. We'd love to hear your thoughts!

3 thoughts on “We None of Us Expect to be in Smooth Water All Our Days; Elopement, Kidnapping and What Austen Wrote About”