. We’re drinking spiced green tea tonight, a worthy successor to the Crumble Tea sacramentalized by the Anglican Inquisition. If that sounds like dubious theology, it probably is. You must understand that the Anglican Inquisition is comprised of one Anglican, two Presbyterians and an atheist, among others. Ecumenical Inquisition is just a mouthful though -even if not even the tea shops expect them. Besides, we’re not the only ones with suspect doctrine. 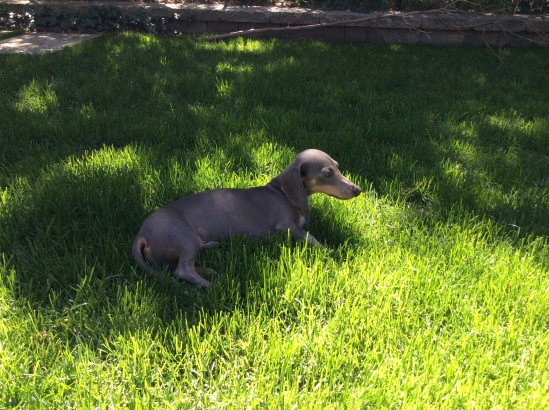 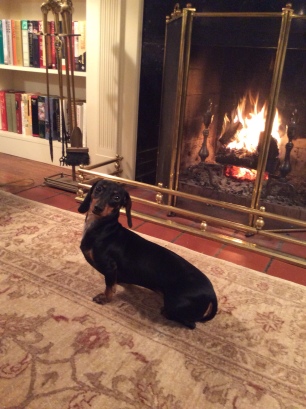 Pictured above are the Dachshunds of Dawlish. We don’t mention them as often as we do the Marschallin-cat, which is a grievous disservice considering their adoration of the the Human Pillow. Though as you will gather from the pictures, the theology of Dachshunds is fairly fluid. Buffy (she sits right) is also a sun-worshipper and a coveter of warm floor tiles and heat vents. Augie (pictured left) is braw, blue, and frequently pays fealty to the Fabulous Orange Ball. No one, not even his fellow Dachshund, understands why. Of course, he’s not averse to a spot of sun-worship either. 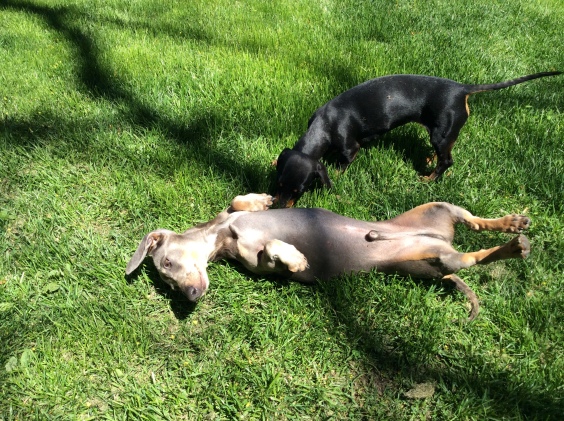 Or to crossword solving: 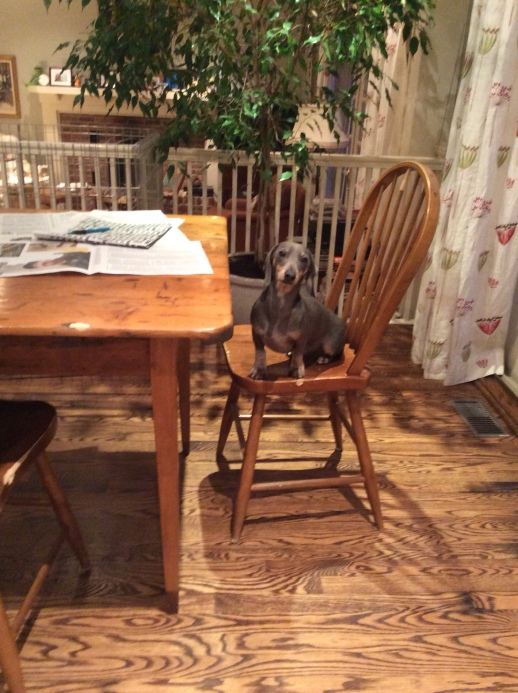 Or, as it turns out, to baking, though we failed to document evidence of this, being too taken up the other evening with the shortbread. Here they are petitioning for food though. All that hopeful watching is hungry work when shortbread is at stake. 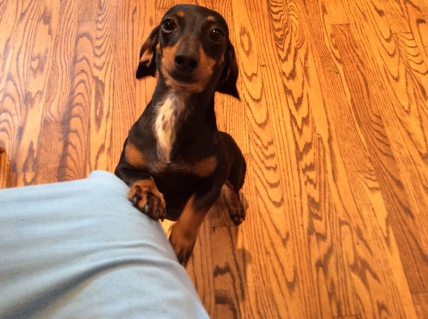 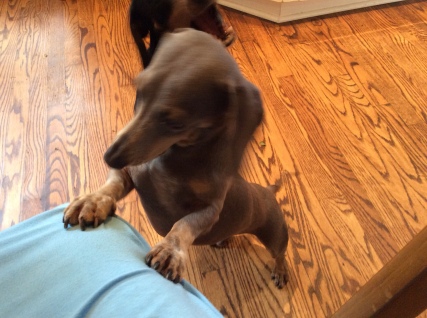 Anyway, in loving and long-overdue tribute to the Dancing Dachshunds of Dawlish (who are also by turns delightful, devious, and decidedly stubborn) here’s a poem about their canine contemporaries and the things they put their trust in. 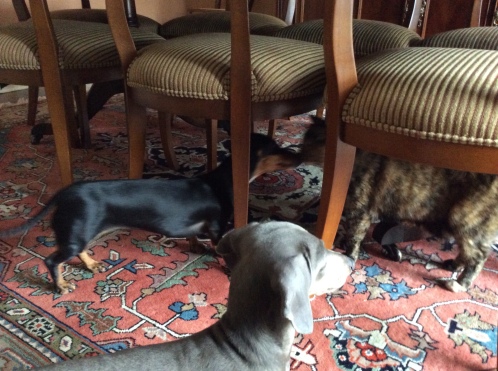 The Marschallin-cat, by the way, has no doubt about why God made Dachshunds. They exist to have their noses hit. Dachshunds, are, after all, at optimum nose-hitting level. What you see in the picture is the rare and amicable convening of the Dachshund Embassy with her Imperiousness. Augie, alas, has yet to make any headway. Only girls allowed in this particular club. But he lives in hope. And in the meantime there’s spiced green tea, illicit sandwiches, shortbread crumbs, rugs and cars and beetles under logs. Dachshunds really do have an idyllic existence.

3 thoughts on “The Theology of Dogs”